Need equipment for your walk on Scafell Pike and Sca Fell? For all your needs, from walking gear to maps, we recommend shopping online at the Helvellyn Walking Gear Shop

Scafell Pike and Scafell are separated by the pass of Mickledore. As well as being the highest mountain in England, Scafell Pike is also considered one of the most difficult of climbs in the Lake District. As A Waingwright says (Book 4 – A pictorial Guide to the Lakes) “here is a mountain without doubt, and a mountain that is, moreover, every inch a mountain. Roughness and ruggedness are the necessary attributes and the Pike has these in greater measure than any other high ground in the country – which is just as it should be for there is no higher ground than this”

As England's largest peak and with stunning views to be seen over Wastwater (recently voted “Britain’s Favourite View” in a 2007 TV series) this is a very popular climb.

The gentlest ascents are those from the Borrowdale side of the peak and from Wasdale Head on the western side.

The land was donated to the National Trust in 1920 by Lord Leconfield in memory of the men of the Lake District "who fell for God and King, for freedom, peace and right in the Great War".

Campsites and caravan parks in the Scafell Pike and Scafell area include:

Ascent of Scafell Pike and Scafell:

View on Map: Scafell Pike on a map 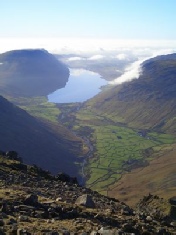 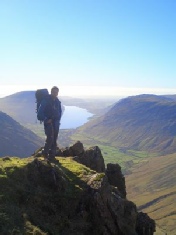 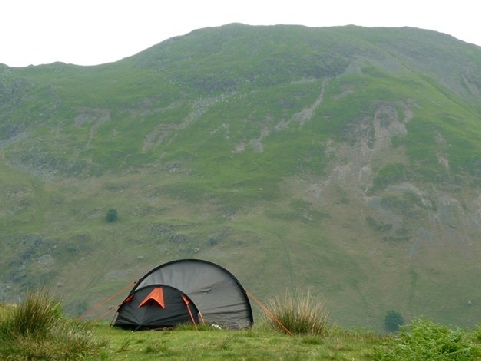